‘I am 23 and a mother of three children. I left school in primary four after the death of my father. I had my first child when I was 13. Later I got married and had another child but at the age of 2 years he was not walking or talking so I took him for an HIV test and the result was positive. We separated and I went back home with the children, to live with my mother. Twelve months later I had a skin problem and had a HIV test which was positive and so I was started on the drugs.
My neighbor’s suggested I get treatment from KHC, which was nearby and I didn’t require transport. When I enrolled I was told about the project that trained clients in bead making and so I did the training. I feel good as I am adhering to the medication and the money I get from making beads helps pay for the school fees and buy food, and clothing. I now have a future with my children.’ 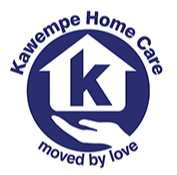